Lee Cockerell has accomplished things you would not expect from someone born and raised in Ardmore, Oklahoma. It would seem like life was stacked against Lee. He was a college dropout, so that must be the end of the road, right? Not quite.

Hard work and the willingness to learn new skills and new knowledge was his secret recipe to success.

Lee Cockerell is known today as the former Executive Vice President of Operations for Walt Disney World. He speaks to various organizations, including the United States Army, about leadership. His 40 year career in the hospitality industry boasts eight years as an executive for Hilton Hotels and 17 years as an executive for Marriott Corporation. This man knows leadership!

We will chat with Lee Cockerell about

“College gives you theory. Experience gives you reality. Get both.” – Lee Cockerell

No matter where you are in life, it is not too late to learn something new, to gain that million dollars of experience, and make a difference in your career.

Lee’s latest book – Career Magic: How to Stay on Track to Achieve a Stellar Career

Thrive15.com (Use Lee’s code for a free trial – MAGIC) 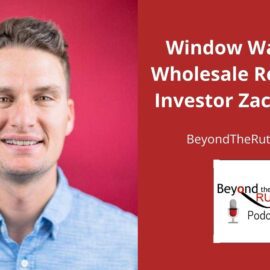 One thought on “Creating Career Magic with Lee Cockerell – BtR 072”