Jody Maberry had a good job as a financial analyst for a commercial bank. One day, he made a decision to hang up that lucrative career to pursue his boyhood dream of working as a park ranger.
Maberry shares his struggle with a rut while working as a financial analyst, the decision point to become a park ranger, and the determination to make a dream come true.
In this life change, Jody found purpose, significance, and focus on what matters most. His joy of podcasting has multiplied his impact on entrepreneurs, leaders and more. He is able to still be involved with parks in a way that provides balance, joy, and satisfaction.
As the conversation pivots to Creating Disney Magic, a podcast with Walt Disney World Resorts executive Lee Cockerell, Jody shares the benefits of mentorship he received from Lee in the year CDM has been running.

Question: If being a park ranger was your boyhood dream, why are you not a park ranger anymore?
Answer: You don’t have to be a park ranger to be involved with parks. What may seem like walking away from a dream may actually be a shift in your involvement in a passion you have.
Question: What would you say is the most impactful email you received because of The Park Leaders Show? (We hadn’t planned on this question, but when I saw the power of positive feedback coming out of the conversation, I thought I’d ask. You never know who you are going to influence when you share your knowledge and insights with the world.
Just Take Action and Other Insights from Jody Maberry. No matter where Jody has gone in life, it was the result of taking decisive action. Find something you want to do and go for it. Take action to make it so. It doesn’t even have to be something drastic. 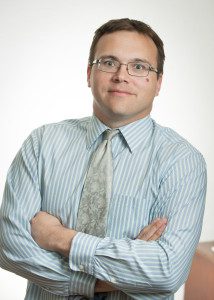 Jody Maberry is a new media consultant who is contracted to host podcasts with New York Times Best-Selling Authors and C-Suite executives. You can hear Jody’s voice on Creating Disney Magic, Agents in Action, The Park Leaders Show (ParkLeaders.com), The Jody Maberry Show, and several soon to be released podcasts. He lives in the Pacific Northwest and spends as much time as possible lost in the woods.

Just Take Action and Other Insights from Jody Maberry – BtR 027
Tagged on: beyond the rut    beyond the rut podcast    dream    dream job    family    interview    living the dream    podcast

BtR 006 – Be Intentional: Never Leave Your Closest Relationships to Chance