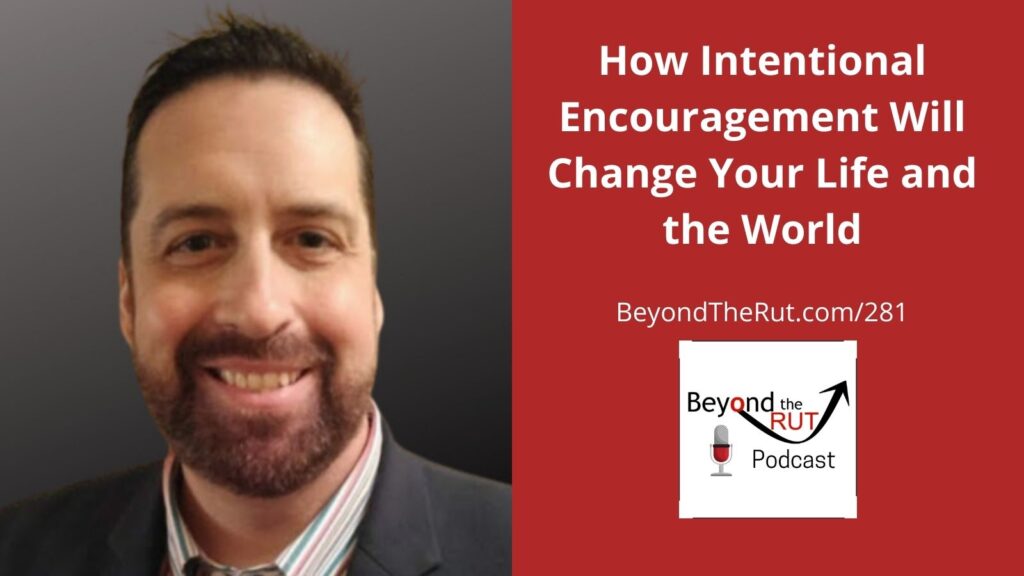 Host of The Intentional Encourager Podcast, Brian Sexton, shares how encouragement will change your life and the lives of others.

Encouragement lifts us up, motivates us, to overcome an obstacle. We often think of encouragement as coming from an outside source. What if it were something more than catchphrases that brighten our day? What impact would we have if we took the time to encourage ourselves and others?

Here are some of the topics discussed in this episode:

Brian Sexton is a seasoned veteran Sales, Sales Management, Territory Building, and Customer Engagement Specialist of 25 years across four different industries. In his career, Brian has won numerous and has been nominated for Sales awards for Overall Territory Growth, Gross Profit achievement, Largest Customer gained and has set Sales records in his previous companies still unmatched.

Brian is recognized as a People-first leader and as a “Jack of All Trades.” In his spare time, Brian is the husband of nearly 24 years to his wife, Tonya, and is the father of a son, Bryce, a Sophomore at Marshall University and they reside in Barboursville, West Virginia.

Brian is a minister, singer, musician, and part-time Guest-host and broadcaster for NewsRadio 800 and 106.3 The Brew in Huntington, WV. In addition to his over-the-air work, Brian has served as a Public Address Announcer for two West Virginia Christian Schools the last 5 years and was an Assistant Baseball Coach for 2 seasons.

Brian’s first book, People Buy From People, focuses on the skills of connection and pays tribute to his late father.

You can listen to episodes of The Intentional Encourager here.

Brian’s interview of Jerry on The Intentional Encourager, Episode 163

Cliff Ravenscraft on Expanding Your Mindset on Your Value – BtR 279