Brandon and Jerry chat with Jimbo Clark about living in Asia and three crucial must-haves before leaving a job to run a lifestyle business.

“My soul wants to do something bigger!” – You (It was really Brandon who said it, but imagine it was you.)

Have you ever caught yourself saying, “I need to quit my job, but I need the money?” Leaving a job, especially one you hate may be daunting, scary. It calls for leaping into what feels like the unknown. Sixty-eight percent of employees are disengaged from their employment with fifty-one percent doing just enough to not get fired. The other seventeen percent are truly disengaged.

You know who they are. That’s your cubicle neighbor who is shopping online during a team meeting. It’s the person who comes in late, takes an extended lunch every day, and leaves early. You can get away with this behavior, but it is often the lowest producing team member. The crazy thing is they feel like they’re putting in the most effort! It’s hard to tell though with all the complaining, “I want to quit my job so badly!”

Jimbo Clark shows us that leaving a job in order to pursue your dream or calling can be done. What is even more amazing is his insight that turned a soul-sucking job into a season of purpose. After just a few years of invested time, he was able to leave the J-O-B for a lifestyle business he could be proud of owning and operating.

“The rut is there because it is known.” – Jimbo Clark

Leaving a job for a better paying job is one thing, but leaving a job to open a lifestyle business to supporting living in Asia is amazing!

Jimbo has lived and worked in Asia for over two decades. He built a family and home in Taipei, Taiwan. His company, Innogreat, helps companies think both inside and outside the box.

The end result for Jimbo is what one of his uncles referred to as a “working retirement.” In this case, a working retirement is not about having to work in your retirement years. It is instead about living a retirement lifestyle today. For Jimbo, that meant living in Asia at a lower cost-of-living than in the United States. It meant ultimately leaving a job he did not like. It meant being in near-perpetual vacation mode.

Those 3 Crucial Must-Haves Before Leaving a Job

Don’t hate us. We aren’t listing those three crucial must-haves before leaving a job in this written post. Jimbo Clark shares the Big Three that helped him launch Innogreat and leave his job.

Click here to listen to the interview with Jimbo Clark.

Best places to live in Asia for expats

Southeast Asian: Where Beach Living Comes at an Affordable Price

Best Cities to Live in Asia by NomadList.com

Best countries in Asia for expats to work

The 10 Best Countries for Working Abroad by Money Under 30

Connect on LinkedIn with Jimbo.

3 Crucial Must Haves Before Leaving a Job and Living in Asia – Jimbo Clark BtR 187
Tagged on: best countries for expats to work    best places to live in asia for expats    I need to quit my job but I need money    I want to quit my job so badly    Lifestyle business    living in asia    working retirement 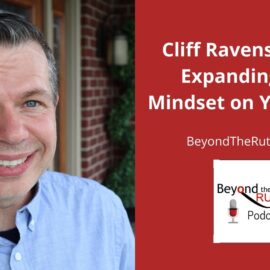 Cliff Ravenscraft on Expanding Your Mindset on Your Value – BtR 279

From Ferris Bueller to Scheduling What Matters Most BtR 021

Adopt an Attitude of Gratitude and Change Your World – BtR 175