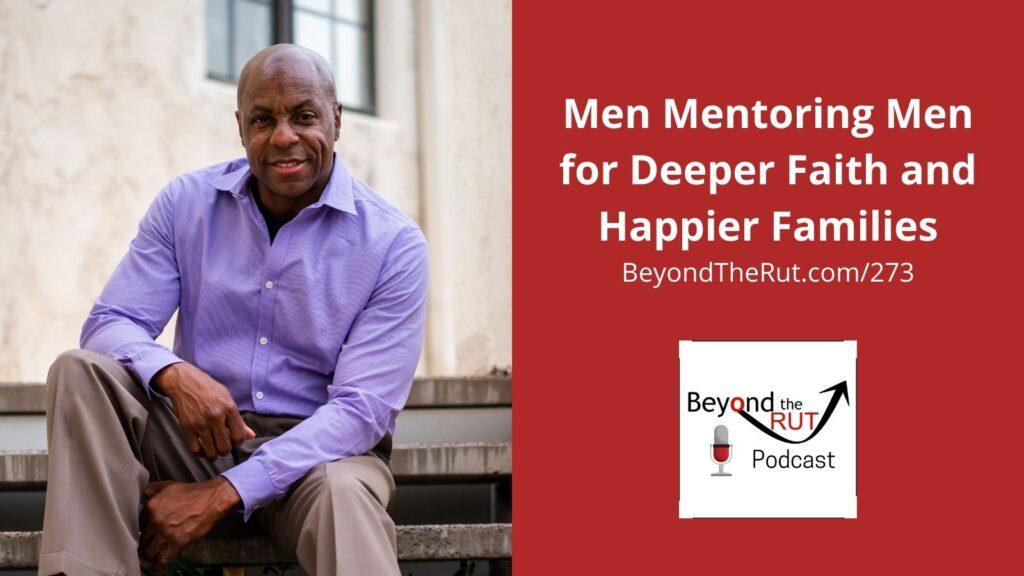 Pastor Dr. James Wolfe from The CHOW Church is back, and we discuss how men mentoring men create deeper faith and happier families.

Every man needs a man mentor! That’s what the Art of Manliness wrote and spoke about in 2009. Men mentoring men is not some plot device for a Star Wars movie among two Jedi. Mentorship is a key part of the development of young men into wise men.

Discussed in This Episode

Dr. James A. Wolfe, Th.D. currently serves as Assistant Pastor of Carpenter’s House of Worship. Dr. Wolfe accepted Christ, was baptized and dedicated his life to God in 1988. Called into the ministry in 1996, he founded and served as Senior Pastor of Word of Truth World Ministries for over 25 years. Dr. Wolfe is a Certified Chaplin, Certified Behavioral Analyst, Life Coach, Media Personality/Radio Show Host, Church Planter, and Movie Director.

Dr. Wolfe also has worked bi-vocationally in many sectors which include government, behavioral health, education, business, and as a self-employed electrician. He is currently a psychologist and mentor to many, counseling many individuals through their life challenges.

As Co-Producer he created a short film entitled, “Illuminated Purpose,” to highlight and launch the re-grand opening of his relocated church in 2016. These various positions and experiences have added to his wealth of knowledge in mentoring, leadership, and serving the community at large.

Dr. Wolfe’s heart is to see every person who enters into the kingdom of God discipled and equipped properly as they enter into the purpose God has planned for their lives.

Listen to these past episodes

Just Take Action and Other Insights from Jody Maberry – BtR 027