Life includes moments when you need to reinvent yourself. Author of Whiskey Sunrise shares his story about how he became a writer when he could no longer play guitar. 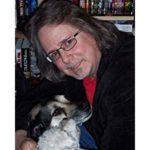 Author John Turney was born with a book in hand. While attending college, he took several creative writing classes and found himself smitten by words. As a writer, he has had several articles published in various eZines, a number published in Splickety Magazine. He is the author of Innocent Blood. John lives in the Cincinnati, Ohio area with his wife and two dogs, and they attend Liberty Heights Church. He and wife attend, that is, not the dogs.

A chilling tale of Navajo Skinwalkers, Mexico s drug cartels, and a desert that buries its secrets. A corpse discovered in Whiskey, Arizona points to the work of an emerging drug cartel south of the border. When stolen artifacts from Whiskey’s museum lead to more bodies – several of them brutally mangled – Chief of Police Rye Dawlsen fears there is more to the mysterious murders than drugs, corruption, and the Mexican Mafia. The son of a gringo father and a Navajo mother, Dawlsen knows the legend of the Navajo Skinwalkers … werewolves … but refuses to believe such creatures exists. Rumored to travel in animal form, Skinwalkers attain the highest level of pure evil when they kill a close blood relative. Dawlsen might discount such rumors except the killings seem too vicious, even for the violent members of El Águila, The Eagle. Something evil lurks behind the cactus and sagebrush of Arizona’s desert. An evil so vile it threatens to destroy the people of Whiskey.