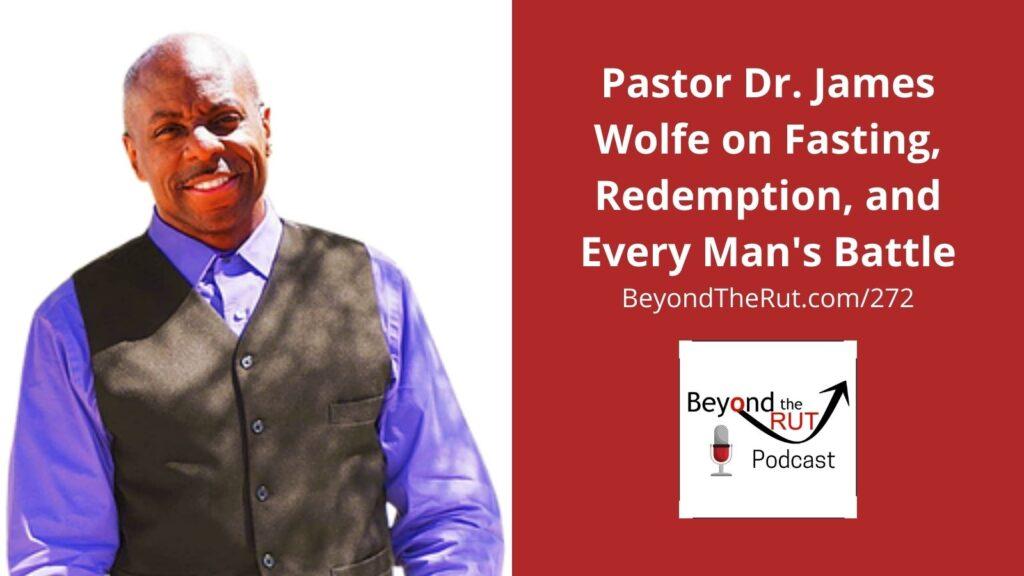 Pastor Dr. James Wolfe shares his story of redemption from drug dealer to Pastor, the power of spiritual fasting, and the sexual struggle that is every man’s battle.

Stephen Arterburn and Fred Stoeker published a book by the title Every Man’s Battle in 2000. The book openly discusses the struggle of pornography among men, its impact on sex drive, and the toll it takes on marriages. Arterburn and Stoeker also covered practical tips on how to overcome this struggle.

Discussed in This Episode

Dr. James A. Wolfe, Th.D. currently serves as Assistant Pastor of Carpenter’s House of Worship. Dr. Wolfe accepted Christ, was baptized and dedicated his life to God in 1988. Called into the ministry in 1996, he founded and served as Senior Pastor of Word of Truth World Ministries for over 25 years. Dr. Wolfe is a Certified Chaplin, Certified Behavioral Analyst, Life Coach, Media Personality/Radio Show Host, Church Planter, and Movie Director.

Dr. Wolfe also has worked bi-vocationally in many sectors which include government, behavioral health, education, business, and as a self-employed electrician. He is currently a psychologist and mentor to many, counseling many individuals through their life challenges.

As Co-Producer he created a short film entitled, “Illuminated Purpose,” to highlight and launch the re-grand opening of his relocated church in 2016. These various positions and experiences have added to his wealth of knowledge in mentoring, leadership, and serving the community at large.

Dr. Wolfe’s heart is to see every person who enters into the kingdom of God discipled and equipped properly as they enter into the purpose God has planned for their lives.

Listen to these past episodes related to every man’s battle

Microfears, Overcoming Fear That Hits You for a Moment BtR 023

Finding Balance and Other Insights from a Hiatus – BtR 143

Jackie Bledsoe on the 7 Rings of Marriage BtR 047